The above is a conversation anyone in America today can probably decipher.  But, thanks to Twitter, we now have a new addition to pop culture lingo: The Hashtag - and it's taking America by storm.

Slam Magazine, as pictured above, is even getting in on the act.  That magazine cover is pretty self explanatory, and I think everyone would have understood perfectly if it said "Ready For Primetime."  However, Slam wanted to make a deeper impact on society at large.  So they went with the increasingly popular hashtag.

So, how is the hashtag used?  Well, there are several ways, and I'm going to give them to you.

1. First and foremost, the hashtag is used on the Twitter.  It is used to group tweets with other tweets that reference the same subject.  For instance, at 11:16 on Wednesday night, 5/11/11, some of the current hastags are:

(You may recognize "Jeannie Darcy") 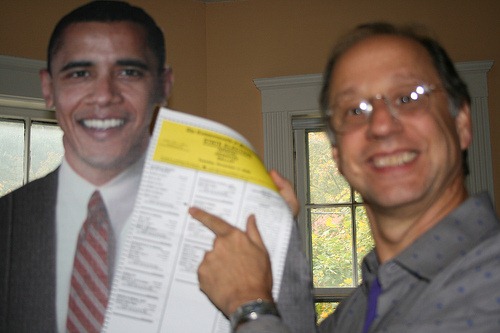 So, these are examples of the classic way that you use the hashtag.  However, as with all trends, the in-crowd comes up with innovative uses.
2. In daily conversation, either verbal, text, or other forms of social media.
The hashtag in daily conversation can be any of the things you would actually say on the Twitter.  A popular one can be summed up in this photo: 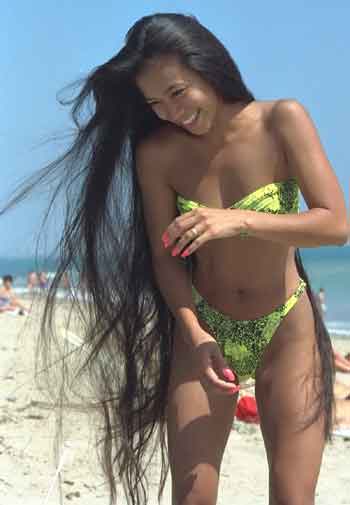 You got it - #longhairdontcare.
Now, I must admit, I had to ask Ally Tucker how to properly use #longhairdontcare.  Not that I wasn't throwing it out there from time to time - I certainly was.  But I realized I didn't really know what it meant.  But apparently, it just means that you don't give a shit.  Kinda like this lady: 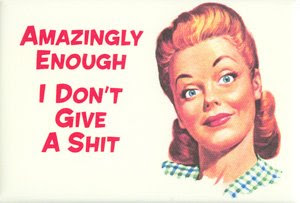 Another one I use quite often is #sorryforpartying.  This can be used when you are partying, and do something stupid.  Or some stick in the mud judges you.  It's actually a very sarcastic way to tell someone, well, sort of that you don't give a shit.  For instance, you knock someone's drink over, and you get berated for it.  #sorryforpartying. Yeah....you get the idea.
So what else?  Well, in addition to saying the hashtag aloud, many people (maybe even me) are actually saying the WORD hashtag before saying something.  You know, HashtagTAKEABREAKBIEBS! 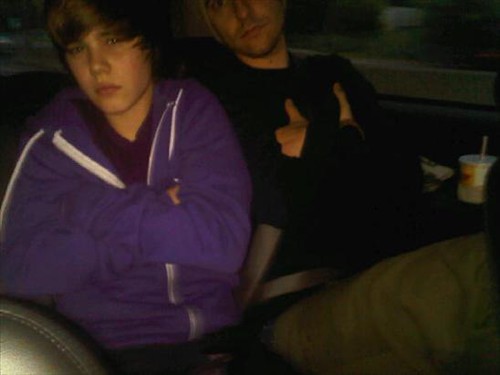 (Apparently, based on WhatTheTrend.com, the Biebs has been a little under the weather, and his fans think he needs to take a little break from touring.  Basically, anything you can put the # in front of, you can actually say "Hashtag" to give it a little extra effect, or even to be a little facetious.  After all, not everyone is 100% into the Twitter yet.  Not really sure why I keep calling it the Twitter.  I tend to do that sometimes.
So, no longer is the hashtag representative of the pound sign on your phone, for referring to a certain number, or to a certain amount of pounds, or even for representing the "H" in the word "Shit" when they curse in the cartoons.  The hashtag is a symbol or word that emphasizes something with conviction.  It can be a word (#LAME, #drunk, #why? #boobies) a phrase (any of the above), or a song or artist that you want to make sure everyone who is having the same thought, will see (#JUSTINBIEBER, #WilliamHung, #LorettaLynn #NeverGonnaGiveYouUp).  The hashtag is whatever you want it to be.
Within reason.  The hashtag is reserved for those statements that truly make an impact.  Please don't use it for boring things that would be sufficient to be said alone, without the hashtag, for instance a way you are feeling at 11pm while sitting at home watching TV with your aunt (#bored makes you sound #boring...).  Use it for a saying that is going to leave a mark on your friends, the Twitterverse (#sorry), or any other social networking site.  But most importantly, save the hashtag for these occasions where they really hit home.  Don't just throw them out like Randy Jackson throws out "Dawgs".

Don't abuse the hashtag.  Just think of what happens when you do...

Get on Twitter.  Observe the use of the Hash (I like the Hash for short).  Use it...but don't abuse it.  And by the way, #BigBrotherStartsJuly11th.  #PeaceOut.