It's been awhile since our last consumer's report, but with the holiday season fast approaching, I figured it was time to start the topic rolling again. However, I am of the firm belief that you need to treat yo' self before you can properly buy gifts for other people. You know how in airplane safety videos, they always tell you to put on your oxygen mask before you take care of the little kid next to you? Yeah, it's like that. Buy things you want for yourself first, and then get the second-best options for all your friends and family.

So with that angle in mind, here are the things I am treating myself to this holiday season.

I'll admit, as with most things, I am late jumping on this bandwagon. A middle aged man from the Southwest making meth to support his family? Wasn't that basically the plot of Weeds but without Mary Louise Parker being the kingpin hottie? My dad tried to explain why the show was so great, but I was still indifferent.

However, one Sunday afternoon while wallowing in the misery of losing my wallet the night before, I spent the entire day watching Netflix on my couch. Parks and Rec Season 3 ran out, so on a whim I watched the first episode of Breaking Bad.

But I just wasn't that into it. 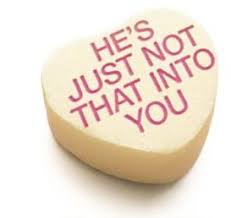 Troubled at the thought that I was immune to quality television, I asked a few friends, who reassured me that the season started slow but around the time Walt (the main character) shaves his head, "shit starts getting real." Three weeks and 27 episodes later, I can safely say I get it. Besides the obvious action and adventure associated with making and selling meth (ever seen a decapitated head on a tortoise?), the characters are compelling in asshole-ish ways- I just want to smack them a lot of the time. Breaking Bad is a frustrating, gasp-inducing series, and I urge you to join me on the bandwagon.

Still, the fact that the main character reminds me of my dad creeps me the eff out. Jack Geil, seemingly mild-mannered, but really a secret meth cook and hard ass? I can totally see it. 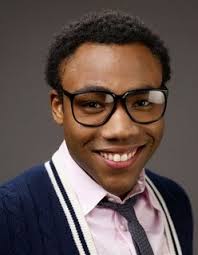 This advocation comes from a tip I got on Tumblr, saying that if I liked hip hop at all (which I do, a lot), I should check out Childish Gambino. It's a Pandora station well worth your time, folks.

Wait, you may be thinking. That nerd looks familiar. That's because he's actor Donald Glover, from the NBC Thursday night comedy Community. I'll be honest, I don't watch the show- is it worth a view?- but I believe Glover is going to be infinitely more successful as Childish Gambino (a name he found through a Wu-Tang Clan Name generator- how awesome is that?) He's similar to Kid Cudi, Lupe Fiasco, and Mac Miller, but his voice is definitely more unique- a little cracked, like he's still going through puberty (it's not annoying, I swear). His beats and instruments have a tangibly heavy feel to them. While his early mix tapes relied on traditional rap cliches (girls, booze, and cars), he's graduated to more personal subject matter like alcoholism and heartbreak. His latest CD, Camp, came out November 15, and it's definitely worth the legit download on iTunes.

I chose to feature this song just for Ally Tucker and the fact that I know she will appreciate the line  "You can kiss my ass... human centipede."

The ultimate in treat yo'self decadence... cookies within cookies. It's exactly what it sounds like. Simply use a muffins tin and stuff cookie dough in the bottom of each cup (you may want to line each part with cupcake liners for easier exit). Then in the middle section, place the already baked cookie of your choice- I prefer Oreos or Peanut Butter Patties. Then top it off with another layer of cookie dough. Bake, pair with a cold glass of milk, and eat on the couch with your pants unzipped, and TREAT YO SELF. If you're feeling extra nice, bake some for your friends and family and treat them too. Ever wonder what it would look like if someone used pictures of babies to illustrate lyrics from Watch the Throne? Yeah, me too. Luckily this blog has surfaced to answer any and all questions of what a baby dressed as a lobster would say if they were in a rap video. Bonus points for the Full House reference. Side note: I love the Internet and the way it immediately hops on any pop culture band wagon to form some obscure, niche blog that will only be hilarious for about two months but is amazing nonetheless. Another favorite of mine: animalstalkinginallcaps.tumblr.com. God bless you, Internet.