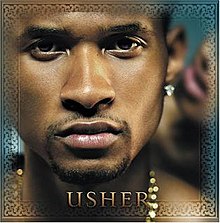 I suppose my prelude confession should be that we have been slacking on blogging lately. Sorry, fans.

On to the good stuff. This is a true life story that happened to me last month. We all knew that moving to the big city would invite new, amusing hijinks into my already ridiculous life. However, I must admit this one took me by surprise.

It started off innocently enough. This October, I had one week where I was the most scatterbrained I have ever been in my entire life. I lost my wallet in a taxi, I lost a $20 bill out of my pocket on the street, and I left my phone in my locker at work one night. Upon realizing this last one, I made the decision to go for an early run to my place of employment, figuring I would kill two birds with one stone by A) jump-starting my metabolism early in the morning, and B) getting my phone back.

You know that saying- the best laid plans of mice and men? Yup. Totally true.

It was pretty early when I went to get my phone, and still chilly outside, which prompted my fatal mistake- grabbing a sweatshirt to wear on my way out the door. People, I NEVER run or work out in long sleeves or sweatshirts unless it's FREEZING. I hate it. I think it's uncomfortable and you get way too sweaty and it's annoying to carry your extra article of clothing around after you inevitably decide to discard it. It just doesn't work for me.

But it was early. And I was cold. And I was only going to be running for about 15 minutes total. So, I grabbed an old Delta sweatshirt that I hadn't worn in a hot minute from the back of my closet. In fact, I don't think I had worn it since I moved to Chicago. This becomes relevant later on.

I left my apartment and started jogging towards work. I live in downtown Chicago, the nice area right off Michigan Avenue known as "Gold Coast" neighborhood. My route took me past posh apartment buildings, designer clothing boutiques, and just general wealth (sorry if that sounds douchey, but it's true). There weren't very many people out yet, but the dog walkers were up and walking.

This is not an exaggeration.

About a block from work, I felt it. Something was moving around inside my sweatshirt. I ignored it, figured the sweatshirt had gotten bunched up in all my moving and shaking. I was wrong. Right in the middle of a rousing chorus of "Living On A Prayer," amongst all the wealth and class and glamour, I had the odd sensation that something had fallen out of my sweatshirt. Baffled, I stopped my stride to turn around and walk back a few steps to investigate, and there they were in the middle of the sidewalk. 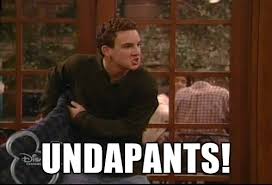 That's right, underpants. I was immediately mortified. MORTIFIED. I did the glance-around, and honestly I don't think anyone saw me. So I did the unthinkable, the only thing that made sense in the moment- I sprinted the hell away.

Usain Bolt had NOTHING on me in that moment.

I made it to work, retrieved my phone, and went home the same way I came- because I have no shame and because I was still in a confused daze about what had just happened. Upon passing the underwear on the street, I had an even more horrific realization.

That wasn't my underwear. I had never seen that underwear before in my life. It was mystery underwear.

I've had plenty of time to ruminate since this incident, and I have only been able to come up with one possible explanation. It was my sister's fault.

But seriously. I had been living at home the last time that sweatshirt had been washed, and Rachel and I throw our laundry in together every so often. I have a bad habit of forgetting to use a dryer sheet, so most of my clothes are static-y and stuck together. It's completely conceivable that The Prodigy's underwear got stuck in the folds of my sweatshirt and went unnoticed for weeks. Because I SWEAR, that WAS NOT my underwear on that sidewalk.

And for all those wondering, I have no idea what happened to the underwear. I walked by the scene of the crime a few days later, and it was gone. Although I am deeply ashamed that I left it there for a city cleaner or a homeless person to deal with, I do take solace in the fact that the underwear was at least clean.

That's my late night confession- one of the most embarrassing moments in recent history. As always, Usher, let's keep this between us- pillow talk. 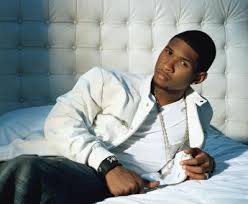