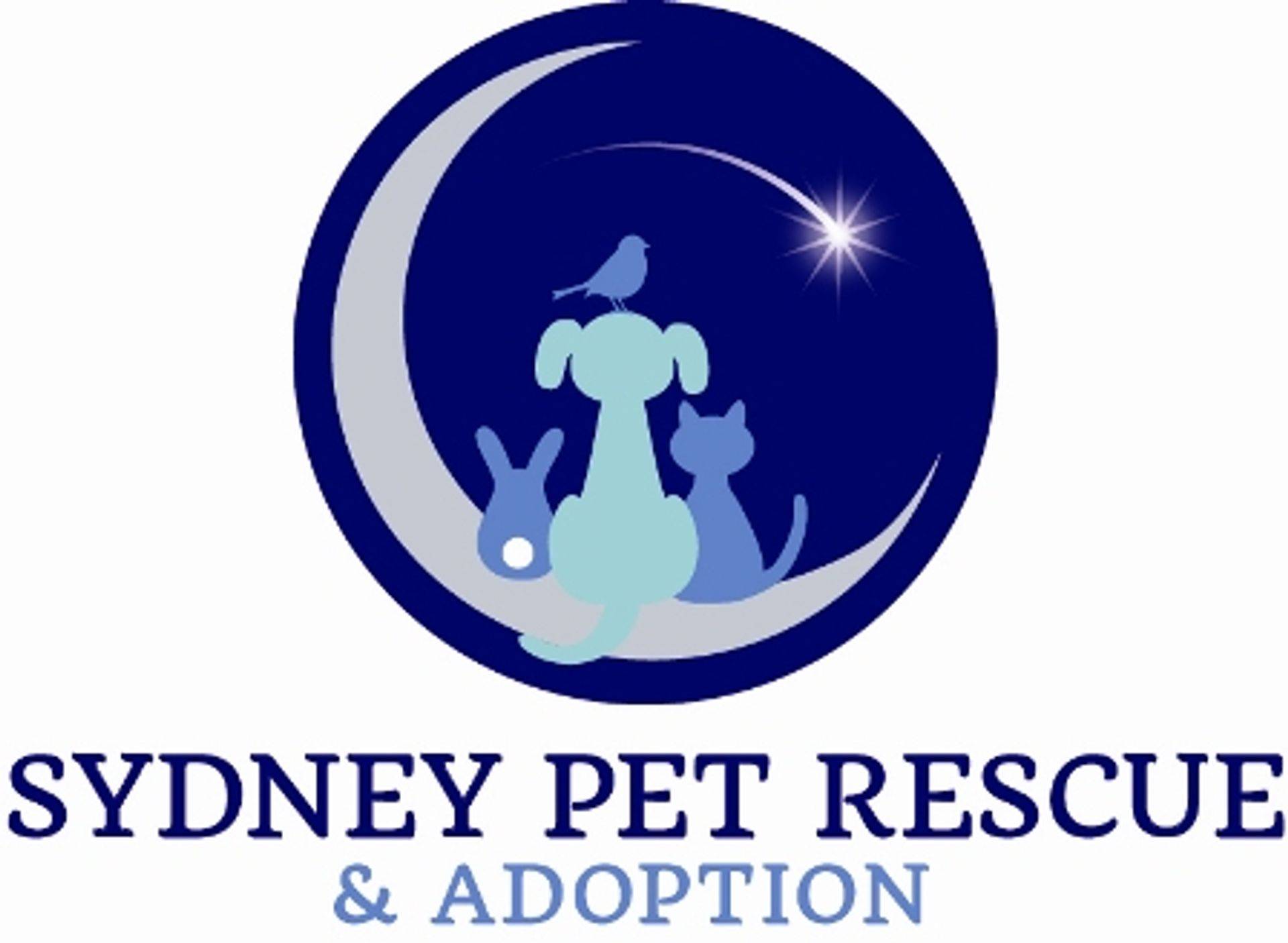 Every Life is Precious to Us

The Top 10 frequent toxins for Pets

Festive Foods Can Be Fatal For Pets

It may be hard to resist a pleading face, but it could save your pet’s life. Christmas food is among some of the most dangerous for animals to consume. So before you drop a titbit under the table, think about what it could do to your pet’s health.
click here  to view the full article by RSPCA, it may just save your pet's life.

It’s high risk to have any pets outside in very hot weather conditions. Pets are at risk of dying or serious illness in the heat..

http://www.cat-world.com.au/heat-stroke-in-cats
The cat's body temperature is approximately 100.5 to 102.5 degrees Fahrenheit, or 38.2 to 39.2 Celsius. If the outside temperature is warmer than the cat's internal temperature, heatstroke is a very real possibility.

Aftercare:
Cats who have suffered heatstroke are at greater risk of getting it again. So it is important to take the necessary steps to avoid this.

Carefully monitor your cat's health for signs of possible long term damage caused by the heatstroke & speak to your veterinarian if you see anything unusual.
Watch for blood in the urine.
Your veterinarian may prescribe a special diet which will put less strain on the damaged kidneys
DOGS
Please read the following information.

Acts of cruelty, abandoning kittens and leaving them to die in a plastic bag or bucket of water, are illegal under the Prevention of Cruelty to Animals Act. The current penalties in NSW for an Individual are,
maximum jail term  - 5 years, & maximum fine - $22,000

SPR&A encourages everyone to take a stand in support of the rights of defenceless animals, and report any concerns about neglect or cruelty immediately to the RSPCA

A very helpful document answering frequently asked questions regarding such things as :

When can a cat be taken to the pound?

Under the Companion Animals Act 1998 a cat may ONLY be seized in the following circumstances:

· If a cat is in a public place prohibited under the Act (eg food preparation/consumption area or wildlife protection area) (section 30).

· If seizing the cat is reasonable and necessary for the protection of any person or animal (section 32).

Before delivering the cat to the pound, you must make every effort to locate the owner – by asking neighbours and other local residents if they know who that might be.

Hi Michelle,
Here is Sylvie's story and the reason we now have a cat enclosure. Sylvie is doing really really well, and it sounds silly but I don't regret any of it. It wasn't her fault that I let her out to be at risk of a bite from a feral cat. We ended up with a total of $7000 in vet bills.
Best Wishes, Lyn Hello, everyone.  I was born sometime in February, 2007.  My new mother, Lyn, doesn’t know a lot about my early life, but I was rescued from death row, and nursed to health by my wonderful foster parents, Michelle and others.  Lyn saw my website photo and obviously fell in love with me!  We drove together, on a terrible, rainy day in August, 2007, all the way from Caringbah to my new home at Epping.  I didn’t really like the trip, so I mewed all the way!

I settled into my own bedroom, so I could slowly get to meet my new brothers, Jake and Elwood, who slept in another part of the house.
I soon found my feet, and, as I am younger and more playful than Jake and Elwood, taught them a thing or two about sniffing out lizards! (That is Jake, on the left in the photo-he is 2 years older than me) He and Elwood have lived with mummy and daddy since they were just 8 weeks old).  I also taught them about high-speed ambushes on fluffy cat toys (and sometimes on them as well!!)
I still ambush Jake and Elwood-usually when they are trying to go to the bathroom-I prepare and pounce! (hee, hee).
Since they will always be bigger than I am, it pays to keep them on their toes.  Later last year, we 3 started to share a bedroom at night-we have a pheromone diffuser which helps us all relax.  After my terrible accident, Jake used to snuggle up to me, which was nice. Most of the time, I stayed inside (that is me on the right, by the door, with Elwood), but now and then, mummy let me out if she was going to be close by:

In April 2008, a terrible thing happened.  Mummy let me out, and then went to work for a few hours.  When she got home, it was starting to get dark, but although Jake and Elwood came in when she called, I wanted to play.  All of a sudden, I got a nasty bite on my bottom from something.  I screamed, and mummy came and found me, and took me straight to the emergency vet.  I had some nasty antibiotics, and went to my usual vet the next day and got even MORE antibiotics.
After a week, mummy was not happy with my wound, so we went back to the vet, and I had to have an operation-I made the photo small, as it isn’t very nice! Operation Two - the BIG one
By Anzac day, the wound wasn’t too good, so mummy took me to SASH at Ryde, and I was admitted to hospital.  I had another operation that night, then after a couple of days, I had a really BIG operation.  It looks a bit scary, but they looked after me really well, and I even had an epidural infusion for a while, so I didn’t really have pain.  I was in hospital for about a week, but the hospital was really lovely, and let mummy visit me for cuddles every day.  She always brought me my favourite cat treats.
-The next picture shows what needed to be done for me-yes, I know I have a nipple on my bottom, but now, my lovely fur has grown over it all!  It is a bit scary-lucky mummy works as a health professional, so she is not afraid of wounds, and is really delighted with the wonderful care we had from everyone at the hospital!

Just before I went to hospital, my brother, Elwood also got bitten by something, so we were both at home on complicated antibiotic regimes.

Mummy and Daddy were devastated that this terrible thing happened to me.  Mummy blames herself for letting me be outside, especially at dusk, when there might be more danger about.  She also read about the life expectancy of cats who are outdoors (4 years average) and indoor (more than 15 years average).  She and Daddy decided that they must take proper care of Jake, Elwood, and I, so they organised to have a BIG cat enclosure built at our house, so this can never happen again. Our enclosure did cost $5,000, because it covers a large part of our yard. However, Mummy always knows we are all safe and says it is worth it.

I recovered really well from my ordeal.  I am a very perky cat, with lots of personality, and after I got home, and got back to strength, I soon livened up the place again.  My fur has grown back really well, and mummy says I am an EXTREMELY beautiful cat!! (see below): I DO have a lot of energy.  In my (I mean our) new enclosure, I have about 25m x 8m x 3m in which to run, including trees to scratch,  perches to sit on, shelters to lie in, bushes to jump out of, and chairs to relax on.  I can hunt little bugs, watch the dog next door, wrestle Jake and Elwood, sniff at all sorts of smells, climb trees, drink water, and sleep any one of several little places that I have.  Mummy makes us all sleep inside in our bedroom at night, but she does let us play outside after dark in the enclosure if she is home.  I love the shadows and the smells, the moths and the birds flying overhead.  I am a very busy girl!! Mummy took the vet’s advice, and dug out a number of plants that are poisonous to cats.  She planted safe plants, including quite a lot of cat grass.  She also checks the enclosure, as initially, Elwood dug his way out!  She also makes sure we all have plenty of fresh water to drink, especially in the hot weather. Jake likes to drink from his paw, but then he is a bit unusual in other ways as well:

Well, that's enough from me.  Overall, I am doing very well.  I was tested for feline HIV six months after the ‘accident’, and tested negative.  Mummy and Daddy decided to vaccinate me against that (the same as Jake and Elwood).  We all still play inside as well as out.  We like to run all over the house, and will soon be getting new carpet to destroy (I mean, inspect!).  I am doing my best to restore the pile on the old carpet, by scrabbling it-I can’t understand why mummy keeps redirecting me to the scratching posts and off-cuts! Mummy is very glad that Sydney Pet Rescue saved me, so I can be a happy cat, and make everyone’s life more enjoyable by my wonderful, beautiful, playful presence.  She promises to take the best care of me that she can.

The fastest way to donate is directly to our SPRA emergency appeal account at St George bank. The funds are immediately received & available to be used.
BSB 112 879, Account 456 837 415

Please quote 'bushfire & your surname' and email bank receipt with your postal address (for a tax receipt) to lucy@sydneypetrescue.com.au

Our grateful thanks to all our generous supporters.