Welcomes you in the Shrine of the Legendary

His history began on a certain night, when he called his best friend UrsvomSchnee and told him: "Hey! I have a new challenge accepted for us. And this challenge is called Naruto-Arena.

They formet "The Hidden Village of FZS" But compered to all the other Villages this was build on true Peace and harmony. There were no fight about the Leader Position and this should lead to a revolution in the Ninja World.

He trained every day and was said to be the strongest player at his time in n-a. So he was the first one to reach Level 47 and became the Hokage. There he withstand the big World- War in n-a also called "the Swapp- War"

During that war he had a hard time to lead his clan and was challenged from every other Leader. He was in a bad shape but on one night, where he was celebrating with some of his friend, he found his missis "Kill_to_obtain"

In short time she became as powerfull as he was and reached Level 46 with a streak of +39. So they both were the strongest shinobi in the known world. Both participated in every tourney as a team and won with no loose at all and they challanged other clans on 2 vs 2 fights and won again and again. So became the Hidden Village of FZS the most famous clan to that time. Janniknoa also managed to bring peace to the Uchiha- Clan which was part of FZS.

And finnally they were the ones giving birth to this Shrine. And still they are searching for the murder of Janniknoa and his wife Kill_to_obtain. Because on one very dark and faithfull night not so long ago some jealous Shinobi from the "indonesian clan" managed to kill janniknoa from behind while he was sleeping.

The same happend to his wife Kill_to_obtain 1 month later and since then the Hidden Village of FZS is in deep sorrow and almost empty.

The almost only person left in FZS is Yodlervomberg the former student of Janniknoa and younger brother from Kill_to_obtain. He is the current Leader and and organising the search for Janniknoas murder and is keeping the Uchiha- Clan under his order.

And also he is searching for a new student and a new partner to gain the fame back for his Village. 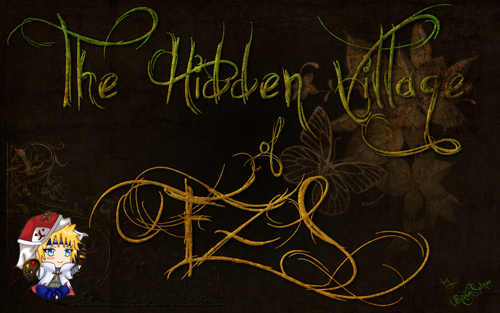 On the 1st February this year Janniknoa would become 21 years old and in his honor we made this shrine. May there be a great person as Janniknoa was. But his spirit will life on in his Village and his Student Yodlervomberg!!!