Be prepared to duck when the trumpets and tympani enter full force in Schlagt, Künstler! die Pauken. This is a wedding cantata using a full choir and soloists. Their balance is impeccable and German diction is spot on...   ...I cannot recommend this release too highly for musicality, program and sound quality!

...I don't know if the ULSI technology you mentioned was utilised here likewise, but I found the sound to be marvellous; the ensemble and the room are really well-balanced. Indeed this contributes a lot to make this CD superior to many others of the same genre - too often recording engineers don't dare to give the room a chance to participate in the music-making. I really would look forward to more Buxtehude cantata recordings in the given constellation...

Göteborg Baroque Arts Ensemble is an assembly of professional singers and musicians all with a special interest in performing older music. The core of the group is the vocal ensemble "Göteborg Baroque Soloists" and Musik i Väst's instrumental ensemble Corona Artis. The majority of the ensemble's members received their musical education at the School of Music in Göteborg, and many have continued further study within the early music field. 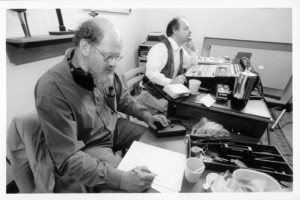 On this foto producer Willem Poot (front) and Erik Sikkema during the recording sessions of Abendmusik in Nya Örgryte Kyrka, Göteborg Sweden.

The organ of Zeerijp, The Netherlands 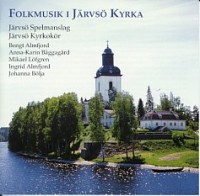